Getting an Apple 2 BBS on the net

This guy put his Apple 2 on the Internet using an Apple 2 Super Serial Card, a Raspberry Pi and a CFFA3000 USB adapter card running BBS software called ‘Warp Six‘. Essentially that means that this guy has got an old-school BBS on the net via Telnet. On a 1MHz Apple 2e Platinum. Cool.

How to copy disk images to your Apple 2 using ADT 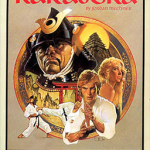 Ahh, Karateka! This week I finally got everything together on my Apple 2 in order to run ADT, the Apple Disk Transfer tool. To celebrate this, the first disk I copied over to my Apple 2 from my Mac was a disk image for the popular game of it’s time, Karateka. The animation was way ahead of it’s time and you could draw direct comparisons to far later games such as Street Fighter II and Mortal Kombat. Anyway, to copy Apple 2 disk images to your Apple 2 from your PC or Mac, using ADT, you will firstly need a few things: 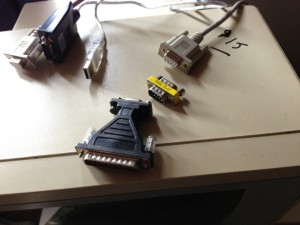 My hodgepodge solution to get RS232 to USB.

>> Watch a Video of Karateka on my Apple 2